The public is invited to the Boone Municipal Airport for an evening of food, music, dancing and airplane displays.

The Dinner-Dance will be held on Saturday, May 15th, 2010, with dinner starting at 6 pm and music and dancing from 7-10 pm. The Boone VFW will be providing a pork loin dinner for $10 per person. No reservations are required. Dinner will be provided on a first-come, first-served basis.

The Boone Big Band performance is free of charge, but donations are always welcome and help support the Band and their community activities.

Dancing is always encouraged but not required. Plenty of seating will be available for those wanting to listen to wonderful big band sounds and visit with family and friends.

The Boone Big Band is comprised of 21 members from Boone, Ames, Madrid, Ogden and several other central-Iowa communities. The Big Band members are a very gifted group of musicians and are thrilled to once again be performing at the Boone Airport.

Thanks to Fran for preparing the program for this evening. It was a beautiful evening for flying and four planes with 7 members participated in the “precision” flour drop. Big winner for the evening was Jeff Lorimor, second place went to the team of Bill & Kate Durbin. However, all participants enjoyed competing and the opportunity to fly on a clear, quiet evening. Thanks also to Dick Schneider for photographing and judging.

Kelley & Dave Morgan gave a report on preparations being made for the Military Appreciation Day/8th Air Force Reunion to be held August 14 from 8:00 a.m.-3:00 p.m. at the Boone Airport. There will be aircraft and military equipment on display, among them a P51, 3 T6s, L4, L5, Stearman. Food will be provided and served by the Boone VFW for a charge of $7. BAPA will provide coffee and doughnuts and other beverages (ice tea, lemonade, water) with a donation jar to cover costs. Local TV and radio stations will be notified and announcements will be sent to area airports. BAPA has been asked to assist with setting up tables and chairs, parking cars and planes, shuttling guests, helping publicize, and cleanup.

Kelley reported Susie Richmond was denied by the School Board to be involved in rewarding the essay winners with a plane ride due to liability considerations. She would still like to make it happen by making it an activity not associated with the school. Dave Kalwishky indicated Chapter 135 EAA would be willing to assist with providing rides. Fran made a motion to have Dave talk with Susie to schedule this, Bill seconded. BAPA will provide assistance as needed.

Peg mentioned planting flowers by the Airport sign. Peg & Dino will set up a time in early May to purchase the plants and will send an email requesting assistance in planting. We discussed applying fertilizer and possibly getting mulch from the displays after the Farm Progress Show.

Connie announced a dinner and Hangar Dance will be held Saturday, May 15. Dinner will be served by the VFW from 6-7 p.m. and the dance held from 7-10 p.m. BAPA will assist with setting up tables, publicity, serving popcorn, and clean up.

Connie made a motion to adjourn. Jeff seconded. Meeting adjourned at 8:45 p.m.

Posted by connie at 5:31 AM No comments:

Email ThisBlogThis!Share to TwitterShare to FacebookShare to Pinterest
Labels: BAPA

The meeting was called to order by Pres. Kelly.

The February minutes were presented and approved.

There was no financial report.

The meeting was adjourned and the meeting was turned over to Dick S. who had the program. Dick had prepared a power point presentation on Nose Art on airplanes. There was a lot of history and many photographs of Nose Art through the years.

Posted by connie at 7:31 PM No comments:

Email ThisBlogThis!Share to TwitterShare to FacebookShare to Pinterest
Labels: BAPA 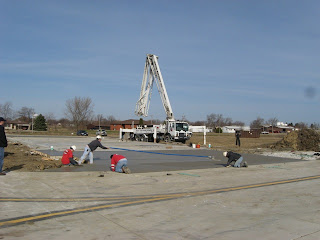 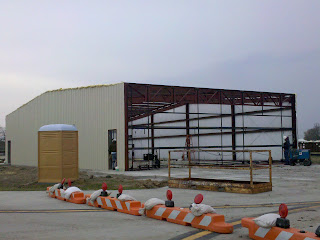 Rolling out the carpet 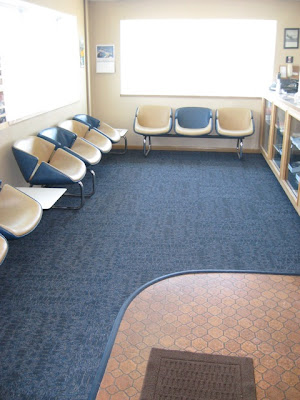 CY Aviation is getting a spring makeover! Cosmetic repairs have been completed and new carpeting has been installed. Please stop on out for a look and a cup of coffee!
Posted by Connie at 7:09 PM No comments: 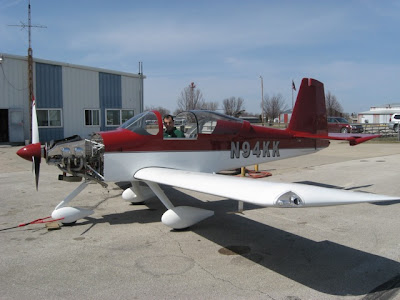 Kelley Kokemiller ran the engine on his RV-9 for the first time on March 29 and will have it flying soon. The painting was done at W&C Aircraft Works. Kelley is president of Boone Area Pilots Association and also owns a Piper Colt.
Posted by Connie at 6:55 PM No comments: